The two photographs above are as different as night and day. Isn’t that what our world is like, though, and shouldn’t we be grateful for that.

Why not browse Our World Tuesday and see some fantastic photographs from around our world. 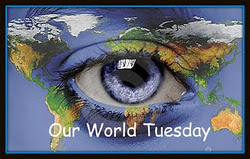 Irwin Stovroff is an 89 year old war veteran, and still striving to help others. He began the Vets Helping Heroes foundation to help veterans heal by providing service dogs to them.

He, himself, was a prisoner of war for one year, and being Jewish when his plane was shot down, he threw away his dog tags that identified himself as being Jewish.

Read more about his story, here.

What They Saved: Pieces of a Jewish Past, by Nancy K. Miller has won the first Jewish Journal Prize.

On February 15, 2012, the winner of the Sami Rohr prize for Jewish Literature will be annouonced. Browse here, to read about the 2012 finalists.

Songs for the Butcher’s Daughter, by Peter Manseau, is a novel that is quite an accomplishment in many aspects, but especially in Manseau’s ability to convey the adversities and horrors of the Russian pograms at the turn of the twentieth century.

The primary character, Itsik Malpesh was born in Kishinev during the the Russian pogroms, to a well off family. The events of his birth, as told to him by his mother, are what has shaped his life, and shaped his perception on love. This novel is Itsik’s story, although it reads like a memoir that could be based on an actual person. That is due to the fact that the format includes a novel-within-the-novel, which is part of Manseau’s writing brilliance and creative edge.

During Itsik’s birth, a four-year old girl named Sasha Bimko, a butcher’s daughter, happened to be present. She was being protected by Itsik’s family. Family legend has it that when four male attackers burst through the bedroom door while Itsik’s mother was giving birth, she raised her fist, stood between them and Itsik’s mother, which in turned shamed the soldiers. Itsik’s poems reflect the love he has for Sasha, and the fact that he feels that they will meet due to bashert, a meeting foreordained by destiny. As far as he was concerned she was his soul mate, his eventual meant-to-be spouse.

During that time period, Kishinev’s population was 50% Jewish, and the other half was composed of Russians and Moldovans. The Malpesh family was living quite well compared to other Jews in the city. His father was a manager in a factory that made goose down beds, etc. He invented the factory’s feather plucking device. The factory sold goose down beds not only in Kishinev, but throughout Russia, and even the world.

Itsik,s calling is poetry, and he has considered himself a poet since he was a young boy. He gave his poems, written in Yiddish, to a translator, to be translated into English. The translator is not Jewish. He works at a warehouse that is storing Yiddish books, books of a dying language, a language that is becoming lost within the modern world of the mid 1990s. He reads and speaks Yiddish. He is not Jewish, but has been assumed to be so, and does not reveal the truth about himself in order to try to win the affections of a co-worker named Clara.

Songs for the Butcher’s Daughter has an unusual format, with chapters alternating between “Translator’s Notes”, and Malpesh’s notebooks, “The Memoirs of Itsik Malpesh”. Malpesh’s notebooks details his life story, his love for Sasha, and the people and events that played a major role in his life’s quest towards his bashert, his destiny. He believes that his poems are a masterpiece, and his arrogance shines through the pages. His determination to publish his works, and his steadfastness in keeping the memory of Sasha alive, is the only thing that motivates him. From shoveling goose feathers and excrement from the floor of the down factory, to his learning to read Russian through the tutoring of a fellow yeshiva student, the novel takes Malpesh to Odessa, takes him penniless to New York, and eventually to Baltimore, and with each step, Sasha is at his side, through his poetry.

Manseau has given the reader much to ponder as far as bashert/destiny is concerned. What about the ramifications of believing in bashert or destiny? It isn’t always the romantic vision that one replays in their mind. It can imprison individuals, can hold them back from moving forward with their lives, unmotivated and not choosing to exercise their free will. Their obsession and focus is on that one theory or one individual, preventing them from other interactions that could become satisfactory and meaningful. What about the events and tragedies that can lead up to that moment when a person meets their soul mate, their bashert or destiny? Does it then signify that it is fine for others to possibly die or be involved in horrific situations all in the name of bashert? I asked myself these questions while reading the book. I asked myself many other questions, such as what is the meaning and the depth of language as far as our identities are concerned?

Manseau is a master with words (both Yiddish and English), and the pages often hold poetic imagery that fills the reader’s senses through his vivid word paintings. His visuals and descriptions of what it was like to be a Jewish immigrant in America during the early twentieth century are incredible, and are often overwhelming in their harshness. The heightened images also include some humor, and the book isn’t entirely depressing or dark. The Eastern European Jewish immigrant and their experiences are portrayed with extreme illumination, and nothing is left to the imagination. We experience Malpesh’s frustrations, his heartbreaks, the tragedies, etc., through his eyes, and through the compelling and creative imagery of Manseau.

In my opinon, Peter Manseau has written a classic novel, and one that will be considered such for decades to come. He touches on the very core elements of life, such as ethics, responsibility, language, and our roots. Both happiness and sadness fill the pages. Songs for the Butcher’s Daughter is masterfully written, and the pages evoke an extremely strong sense of time and place, immigration and assimilation, love and longing, and language and identity. I highly recommend it to everyone.
~~~~~~
January 30, 2012 – 6 Sh’vat, 5772

I like texture blends along with shadows.  I love scenes of paths.  My photographs are being posted for the following memes:  Visit them for more photographs from around the world.

Straight Out of the Camera Sunday

The United States Holocaust Memorial Museum will hold a candle-lighting ceremony at 11:00 a.m., in the Hall of Remembrance, today.

The museum also has some fantastic teaching information and opportunities regarding Holocaust education. 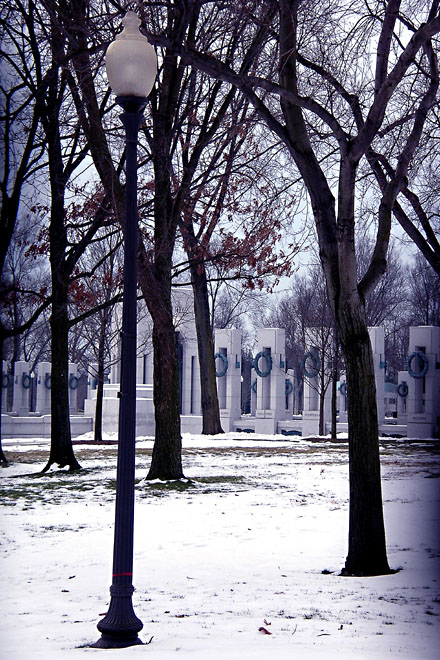 Part of the World War II Memorial at Night.

Silale, Lithuania, where some of my paternal ancestors lived, and where some were murdered in the Holocaust. 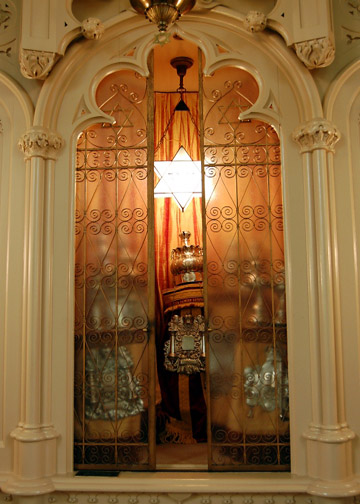 Please take a moment to reflect on the significance of this day.  Thank you.  Shabbat Shalom.

My photographs were taken at a local park this morning.  They don’t depict Jewish life, per se, but were taken with International Holocaust Remembrance Day in mind.  I wanted to capture some clear skies, never posted before, to honor those who were Holocaust victims (including all those who were murdered and all those who survived).  I wanted to capture the barren trees within the lake environment and skies above to depict life in its varied forms and realms.

Crisp and Clear at the Lake

Visit SkyWatch Friday for more photographs from around the world.

The Same Sea, by Amos Oz, is a captivating, lyrical, mystical prose poem for the heart and mind. Oz’s word-paintings fill our senses with emotions ranging from A to Z.

The novel has several characters whose lives join together and are intertwined, through the root of one particular person. The characters often cross emotional and societal boundaries in their search for peace, fulfillment, love, commitment and their search for Self. Compromises are made and broken, as familial ties and bonds become unhinged, as lives intersect.

The characters in The Same Sea are interesting, and each one has their own narrative to tell on their journey. Their  journeys are filled with their yearnings and longings for what was, what is, what could be.  They all strive for serenity, and also for redemption.  One of Oz’s characters, Rico, is on an odyssey of sorts, trying to find his place in a world filled with the void and loss of his mother.  Albert, his father, also feels loss, the loss of his wife, and the loss of his son who has left to journey the world, not knowing exactly what he is searching for.  Fathers, mothers, wives, husbands, lovers, friends, acquaintances are all entwined in this magical story.

Oz refers to the Bible in The Same Sea, to the beautiful “The Song of Songs“, with the display of eroticism in some of his pages.  The novel moves through time and place, legendary figures and geography, and through several generations of one family whose lives interweave with others.  There is an ongoing family dispute. The never ending sea, a bird, and the desert are significant factors to which allusions are made.  From dry humor to extreme poignancy, The Same Sea is a beautifully written tapestry, each page a thread in the fabric of life, each page almost a prose poem on its own.

Oz has a deep sense of all things unsettling, of the strong human need and quest for inner peace, and the desire for serenity within an environment of chaos and disquiet. He is subtle in his undertones regarding his nation, but nonetheless the hope is there, underlying, between the lines. A vision of peace hovers in the longings of the characters.

Oz’s observations on human behavior fill the pages with words of lament. The Same Sea is extremely mystical and magical. Its pages are not only lyrical, but almost musical, evoking the serene sound of a lute or flute between the eloquent lines. The novel is beautifully written with strong imagery, enticing our imagination, beckoning us to read on. It is a novel of dreams, desires and of hope, a sojourn towards peace. It evokes ideas of life, death and dying alone, and of acceptance of the inevitability that life goes on, no matter what occurs. The Same Sea is an extremely crafted prose poem not to be missed in its creative edge. It is an insightful metaphor for life, and for the desire and hope for peace. I applaud Amos Oz for his masterful prose and creative edge within the pages of The Same Sea.

“All rivers flow to the same sea.”

I have read this book twice, recently as one month ago.